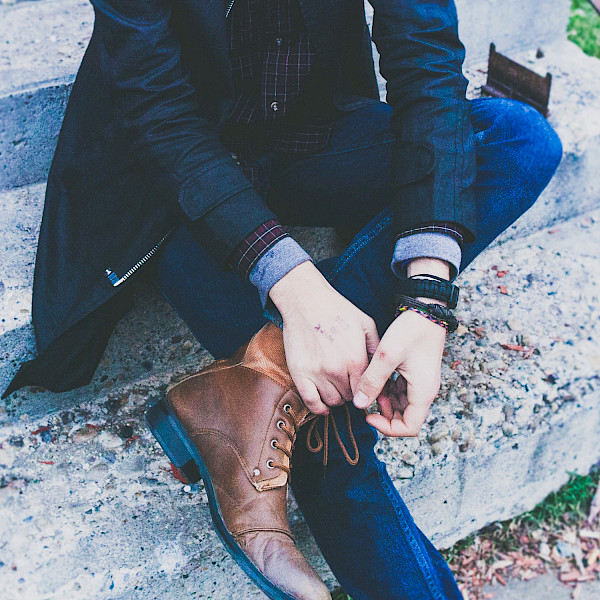 Sometimes collecting the responds to surveys is wise to do as anonymous. For example, surveys that are very personal on their nature, such as job satisfaction, levels of energy and engagement to employer are those kinds of surveys.

Anonymous answering is set up as follows. First, you need to start creating a new survey. Remember, if the survey is published, the option cannot be changed anymore. You have to do a new survey. 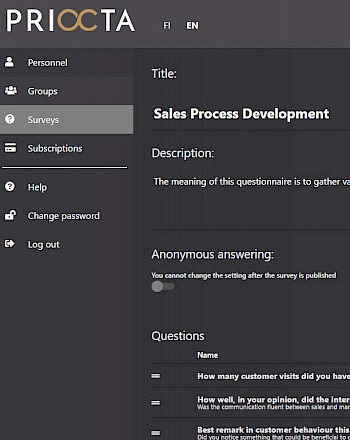 The users answering to the questions of the survey see a yellow sign in their app. That sign indicates that their answer cannot be tracked. Since the anonymous answering cannot be changed after the survey is published, the administrator of the survey cannot track individual answerer. Usually this enhances the reliability of the data.

How to create a new group

Groups help you manage survey recipients quick and easily. You can assign the survey to a group so you don't need to select the recipients one by one..

Sometimes the answers may be late, so you have to give the respondents a little push...

When you have received first answers to the survey, you will have data visible to the dashboard..

Help everyone in your organisation to make a step further